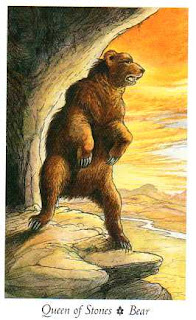 PART TWO: THE MAJORS AND THE THREE RINGS OF THE WHEEL OF THE YEAR


Looking at the Wheel of the Year the three kinds of cards can give us the following information:
the Courts can give rough periods of time.
the Minors can reveal the index of human experience (explored in the next blog post to this one).
the Majors can show the degree or condition: how or at what level it will hit you.


The three rings on the Wheel of the Year reveal the following levels:


The outer, inner and heart.  The guiding power of any major card can be read with these three rings in mind.

Read some more!
at 10:53 1 comments
Email ThisBlogThis!Share to TwitterShare to FacebookShare to Pinterest

See Mark's own Angel In The Dark blog post here about Kip Carpenter.

at 07:53 0 comments
Email ThisBlogThis!Share to TwitterShare to FacebookShare to Pinterest

A little animation of John Matthew's book, with Will Sweeney:

at 11:59 0 comments
Email ThisBlogThis!Share to TwitterShare to FacebookShare to Pinterest 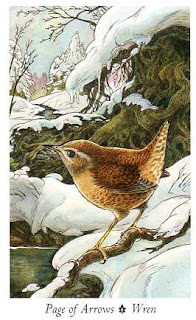 COURT PRACTICE FIVE: A QUESTION OF TIME
PART ONE
When you read for people, they frequently want you to tell them the time-scale of their reading.  Generally speaking, divination is not time-bounded because it’s happening outside time and space if you’re doing it within any kind of spiritual context, which is how I usually read.


All divination is a matter of asking the gods and spirits of the Wildwood in humility, listening and interpreting without inserting your own opinions. Divination gives us a snap-shot of things we are asking about here and now: tomorrow or next week will change as we also change.


However, there are ways of looking at possible time-scales or openings, which bring us into direct contact with the Wheel of the Year and the seasonal opportunities that are offered.  For example,  every December the midwinter festival of Christmas/ Yule/Solstice comes around: every year you are in a different and unique condition, but the seasonal opportunity to come home to the hearth of the family, to the still-point of midwinter is still offered to you.  Maybe you just became unemployed or December is a miserable reminder of those who aren’t there to share this opportunity? The years of our life can be seen as a spiral of remembrance, restatement, resolution and return if we take the gateway.

Read some more!
at 10:50 1 comments
Email ThisBlogThis!Share to TwitterShare to FacebookShare to Pinterest


An international group of scholars gather to discuss, argue, and celebrate the life of Lucius Artorius Castus, the only figure with this name whose military activities in Britain can be traced and whose connections with the myths and legends of King Arthur are well established.

Confirmed speakers include Dr Linda Malcor (USA) Professor Emeritus Nicholas Higham (UK) Antonio Trinchese (Italy) and Professor Emeritus N Cambi (Croatia). The conference will include guided tours of local archaeological sites, and the site of Lucius Artorius Castus’ grave slab, which describes his phenomenal career. We will also visit the palace of the Emperor Diocletian. There will be a special showing of the 2004 film “King Arthur”, based on the life of Artorius’ descendent, introduced by its historical consultants, John Matthews and Linda Malcor.

Read some more!
at 11:00 0 comments
Email ThisBlogThis!Share to TwitterShare to FacebookShare to Pinterest 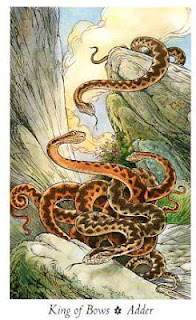 COURTS SPREAD SIX: WHEN SIGNIFICATORS MEET
Here is a spread that I invented for the New York Reader’s Studio in 2011. It doesn’t involve reading more than 6 cards, even though it looks very impressive when laid out.  It means that you can get out ALL of your court cards and have fun. In fact, you will also need another standard tarot deck. Yes, that’s TWO tarot packs. (I know that you have more than one about the house because now you are addicted!) You will have to choose which deck is your reading deck: from the other deck you only need the court cards, which are used to frame the tableaux. You will also need a clear table, floor or bed to lay the cards for this one because it’s a big one.

Read some more!
at 10:46 2 comments
Email ThisBlogThis!Share to TwitterShare to FacebookShare to Pinterest 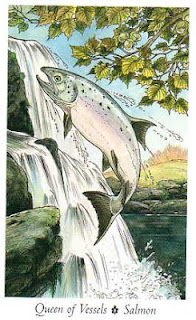 
COURT CARD SPREAD FOUR: LOOK WHO YOU MADE  ME BE!
It’s true, people can be difficult, but that’s helpful to us when we want to learn court cards. In this spread, adapted from an original idea of Rachel Pollack, you can explore the courts in a constructive way. First divide the whole pack into separate court, major and minor packs. This is how you lay the cards.

Read some more!
at 10:44 2 comments
Email ThisBlogThis!Share to TwitterShare to FacebookShare to Pinterest