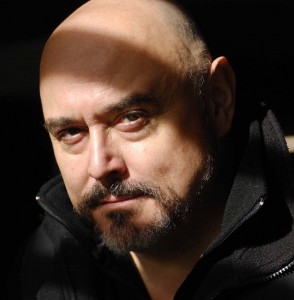 Have you wished that you could go along to the forthcoming Wildwood Tarot seminar/workshop in Atlanta?  Learn about the deck, directly from its creators, Mark Ryan and John Matthews?

How would you like to WIN a place there?

Just take part in the Raffle and keep your fingers crossed that YOU are the lucky winner - but hurry! The Raffle closes at the end of this month!

GOOD LUCK!
at 08:54 0 comments
Email ThisBlogThis!Share to TwitterShare to FacebookShare to Pinterest 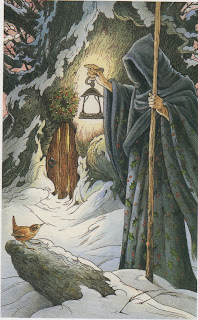 Will Worthington currently has 10 of each of the following 7 Wildwood Tarot Major Arcana card images available to buy direct from his website.

The overall size of the paper is A3 and the margins are approximately 5cm all round. The borders are off-white in colour.

Each print is titled and signed by Will.

At the moment, these prints are available for £25.00 each, plus P&P

Visit Will's shop to order www.willworthingtonart.co.uk
at 16:06 1 comments
Email ThisBlogThis!Share to TwitterShare to FacebookShare to Pinterest

How do you gauge which level of reversal to apply to a reading? This may be clearly visible from within the context and from being with the querent you are reading for.

EXAMPLE 1: Here is a three card reading for a man asking about his tour company which has been very hard hit in the recession: he wants to know what he’s doing wrong. He draws Queen of Bows reversed, 15 Death reversed, Six of Arrows. He feel’s he’s been too generous in his ideas which are now working against him. He’s not been taking up the challenge of recession and now he’s stuck in a stagnating business rut. We see that the man is his own worst enemy but that he’s aware of the problem: the reversals are on the gauge of between abating and restrained. He’s seen the writing on the wall and has been hitting the blockages enough to know it’s time to more on. The 6 of Arrows says ‘move away from here.’

Read some more!
at 14:46 3 comments
Email ThisBlogThis!Share to TwitterShare to FacebookShare to Pinterest

We are launching on the 17th October!
The Camelot Oracle by John Matthews & glorious art by Will Worthington
is launching tomorrow in London.
You are cordially invited to the launch which includes a talk with John and Will.
Get your pack early !

Read some more!
at 13:35 1 comments
Email ThisBlogThis!Share to TwitterShare to FacebookShare to Pinterest 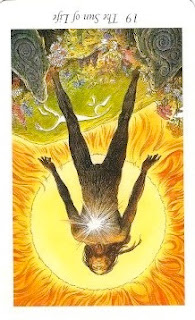 Read some more!
at 13:49 5 comments
Email ThisBlogThis!Share to TwitterShare to FacebookShare to Pinterest

Will Worthington is in the process of creating fine art prints for seven of the Major Arcana cards of the Wildwood Tarot.

The prints will be:


More details to follow just as soon as they are available.


at 15:59 0 comments
Email ThisBlogThis!Share to TwitterShare to FacebookShare to Pinterest